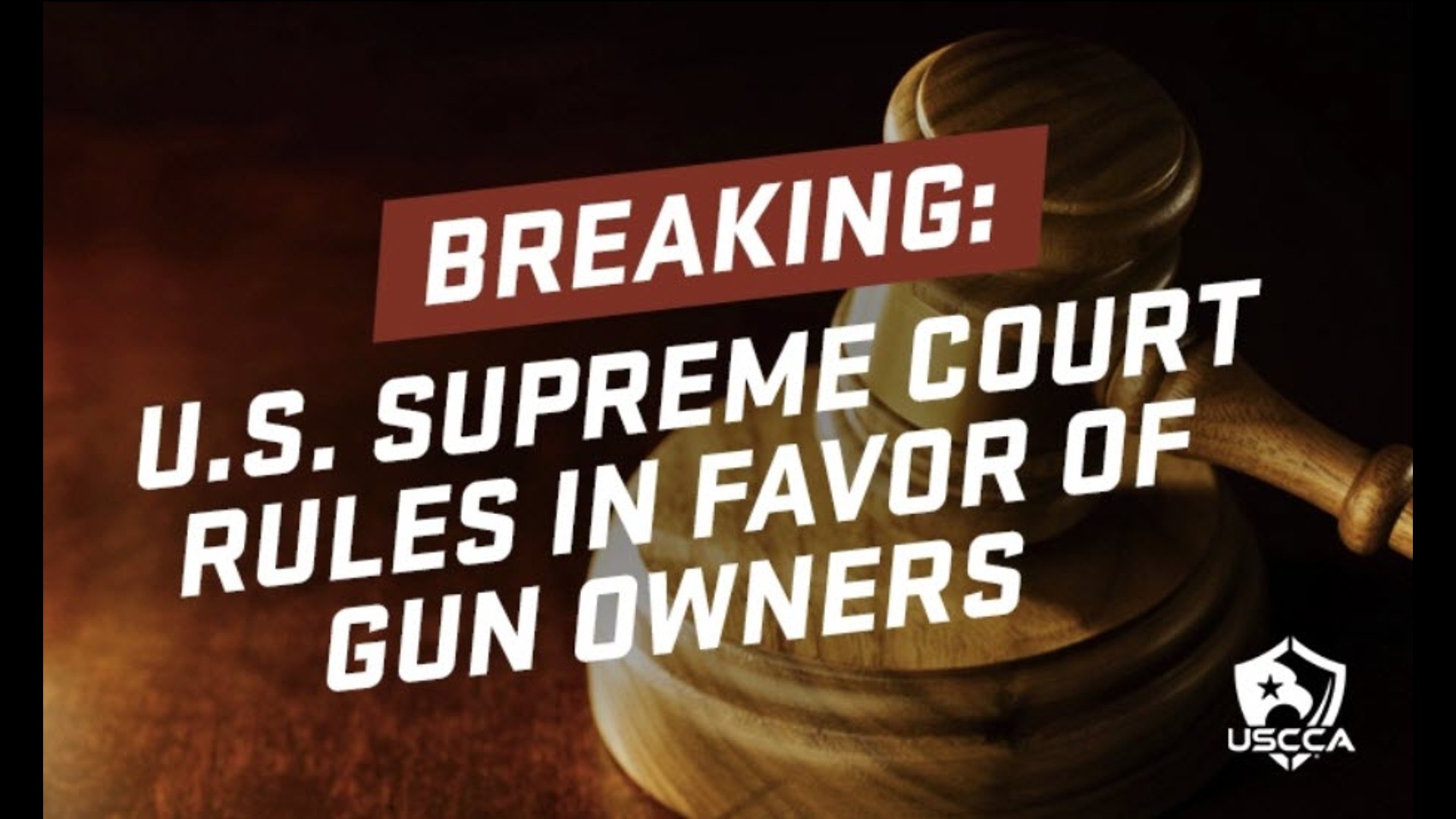 Here’s my take on the recent Supreme Court ruling regarding the New York gun law.

When it comes to Supreme Court rulings, many people don’t fully grasp their purpose or meaning. I’m amazed how many people argue for or against this ruling based on the impact of guns on society. I say that because this ruling has nothing to do with, nor does it speak to the value of firearms in any way. It only speaks to the constitutionality of this state law.

Here’s my main question. How do laws like this ever get put on the books in the first place? And how are they able to remain on the books for so long?

The “May issue” gun laws across the country are clearly unconstitutional. They overtly “infringe” upon the people’s right to keep and bear arms. Yet several states still have these laws on the books.

It now seems this precedent will soon change state laws throughout the country. But, for anyone living in this particular country, based on this particular Constitution, this is as it should be.

As the third major ruling in a gun case since the Constitution was written, the Supreme Court, in a 6-3 decision, struck down a 100-year-old law in New York. The law, known as “may-issue,” stipulates that an applicant must pass basic requirements and that the issuing authority (county sheriff, police department, etc.) is allowed to use their own discretion in either issuing or denying a permit. Basically, it is much harder to obtain a concealed carry permit in states that are may-issue.

To receive an unrestricted license to carry a concealed firearm outside the home in New York, a person must show “proper cause.” This must be interpreted as “a special need for self-protection distinguishable from that of the general community or of persons engaged in the same profession.” If a person does not have what New York deems a “special need for self-protection,” he or she can be denied a permit. Robert Nash and Brandon Koch each applied for a permit to carry for self-defense, and each were denied for those reasons.

These men took that decision all the way up to the Supreme Court, stating that the may-issue law violates their Second Amendment right. Fortunately for responsibly armed Americans, the Supreme Court ruled that it did indeed violate the Constitution.